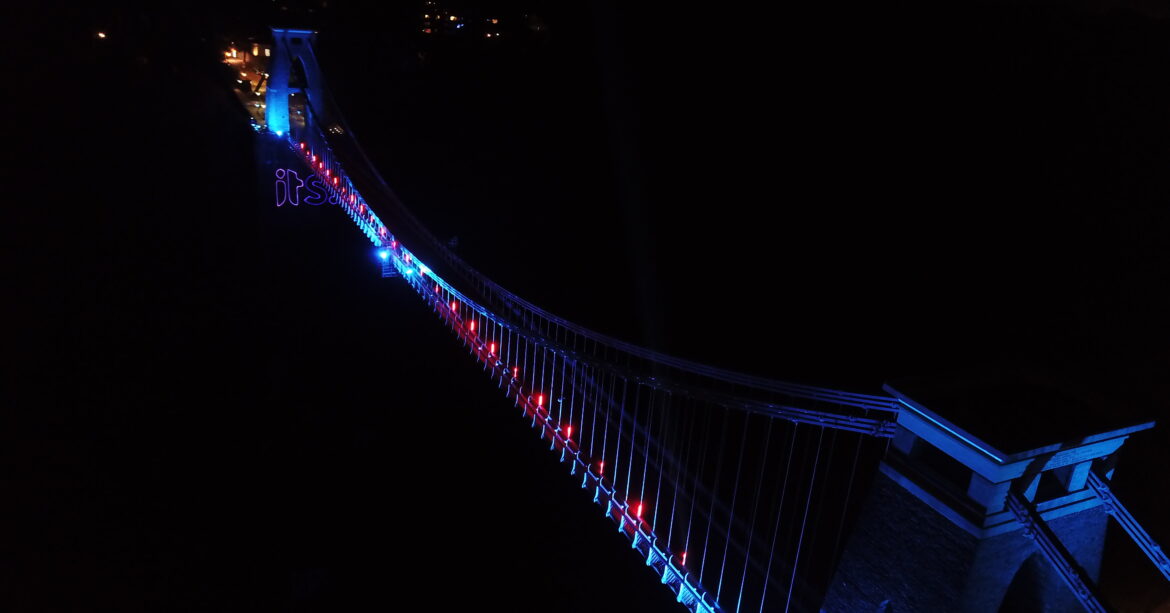 On Friday 22nd Oct 2021, PYTCH worked with the Clifton Suspension Bridge Trust to #LightTheNight in aid of the Visitor Centre.

The bridge was lit up blue over the Clifton Gorge for one night only and could be seen across the city. The event was live-streamed to Facebook and Twitter. The event lighting team at PYTCH also programmed in a rainbow sequence, to add a bit of variety to the lighting on the night and wow the city of Bristol. There weren’t just blue lights, their lighting designer programmed a sequence of fading in and out blues, accompanied by strong spotlights that shone up onto the clouds, giving photographers some fantastic long exposure shots.

The blue lights on the Suspension Bridge were turned on at 7.30pm as a button was pushed by a representative from Faster Britain. The lights lasted until 11.45pm.

Set up for the event took 9 hours, with kit used from LEDJ, Chauvet, Cameo and Astera. Underneath the bridge a laser technician used a Laserworld PL-20000 to draw the sponsor’s logos on Clifton Bridge’s foundations in light. Later on in the evening and during the rainbow lighting sequences the laser drew fun images, like dancing flamingos and falling confetti.

In total over 146 individual light fittings were used and over 267m of cable delivered power and signal to the LED light fittings. PYTCH are no strangers to architectural lighting, having lit up the Suspension Bridge and other structures before for various charities and initiatives. 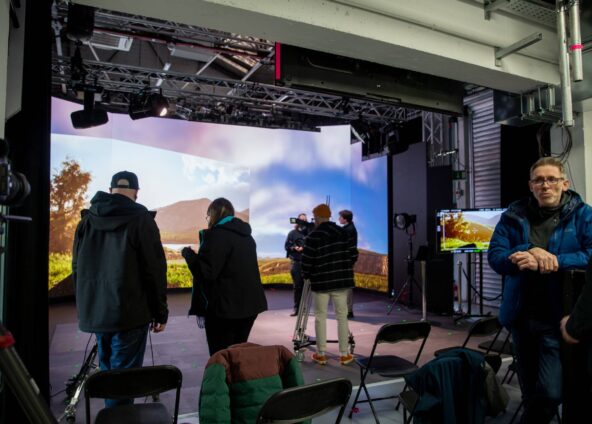